In late 2017 Smart Video & Sensing Ltd gained SIL2 accreditation from Det Norske Veritas (DNV-GL) for a project to fully automate the operation of Sandfield Bridge on the Gloucester-Sharpness Canal and successfully handed the system over to the Canal & River Trust..

The system has since completed more than a full season of automatic operation without failure and the Canal & River Trust staff are evaluating feedback on the effectiveness of the project and will decide if the cost benefits and operational efficiencies initially identified have, in fact, been realised. This evaluation will influence the decision to rollout automation to a further 14 bridges on the canal.

The Sandfield Bridge operates on average 4,500 times during the 7 month season but at busy weekends during the holiday period can operate up to 80 times in a day. Manual operation of the swing bridge restricted daily opening hours; closed 2 days a week in winter which created a major frustration to boaters and limited the economic potential of canal businesses. The objective of the project undertaken by SVS on behalf of the Canal & River Trust (C&RT) was to convert the bridge to full remote control operation.

The ITS system design incorporated traffic signals, barriers, laser scanners, CCTV, intercom, VoIP, help points and the development of an app from a boater’s smart device to local WiFi to automatically trigger the opening of the bridge. Barriers and traffic signals on either end of the bridge control vehicular and pedestrian traffic light signals on the toll path bridge approaches control approaching waterway traffic.

SVS worked with C&RT to integrate a smart device app which would operate with local Wifi installed in the bridge vicinity therefore removing the necessity for a mobile phone signal.  A boater sends request from up to 400m away via app to open bridge which triggers a preset safety-linked sequence to open the bridge. Boat owners cannot intervene or leave bridge open. They also receive instant updates of bridge status e.g. held closed for road priority, emergency services, strong winds etc.

There is also a 'remote operator system' installed in a bridge control centre which allows manual operation by C&RT personnel who have full CCTV visibility at the bridge if a boater makes contact by radio or intercom.

What are the perceived benefits? 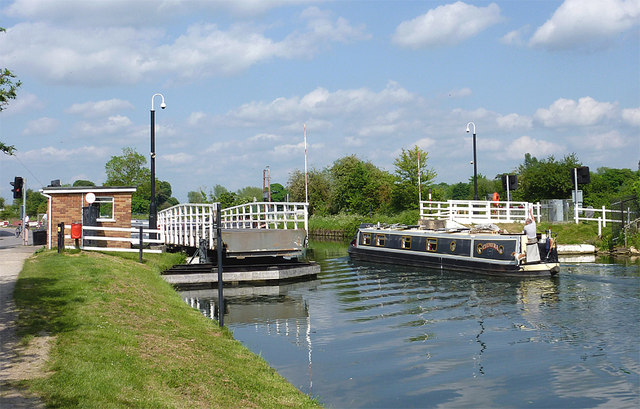