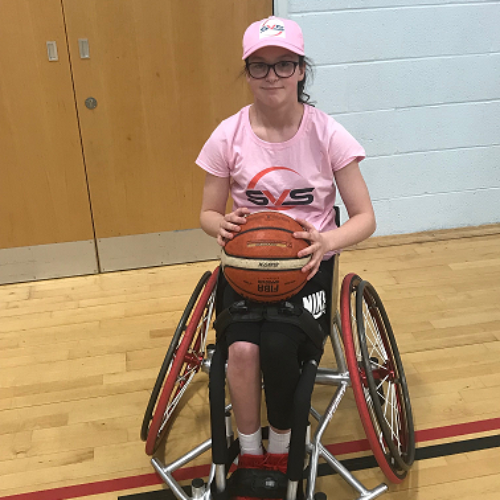 At the beginning of August our very own Maddie Martin competed for the South East Region at the UK National Regional U18 Finals held in Worcester. After losing out by just 1 point in the final 3 seconds of their semi-final game, her team went on to win the 3rd – 4th place game which was quite an achievement given this was the teams' very first major U18 competition.

However, things did get better for Maddie after this! During the awards ceremony at the end of the competition she was given the most amazing accolade and subsequent award from British Wheelchair Basketball of being named as their “Female Player of the Year”. We are all so immensely proud of Maddie and everyone in the sport has declared that she was so deserving of.

It is evident to all those connected with the sport in this country that Maddie has very rapidly become a highly respected and in-demand Wheelchair Basketball player, with a reputation and demand that now precedes her internationally too, with numerous top professional clubs, both abroad and overseas, very interested in acquiring her services when she leaves school.

On the Team GB front, things are still going fantastically well with regard to her Team GB pathway and Paralympic Selection development.